A CELEBRATION OF 20 YEARS OF FAITH

For St. Andrew’s, the story began in February 1996 when 15 lay people began to share with one another that they thought God wanted them to start a new church. None of these people had ever been involved in such a project, but the experience of a common call was so unusual that they committed to a period of reflection and prayer. 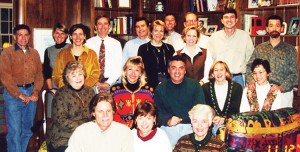 The group wanted God’s guidance in the process, and they wanted to make sure they were not motivated by personal agendas or animosities from prior church experiences. They began to meet in homes to pray and read Scripture. They wanted clarity about the call they sensed was from God.

Over the next few months, they became convinced that God was guiding them to start an evangelical, liturgical example of how to present the gospel of Jesus Christ. It came to be a place where people experienced the power of the Holy Spirit in their lives and ministries.

They had a simple, twofold focus: to honor God by being obedient to the Great Commandment to love God and love their neighbor and to the Great Commission’s call to go and make disciples (Matthew 18:19-20). They were committed to the authority of Scripture to help them see and cooperate with God in this call.

During the summer of 1996, this group received counsel and encouragement from the Rev. Dr. Jon Shuler and the North American Missionary Society in Pawley’s Island, S.C. Rev. Shuler recommended a celebration/cell model of church, which is weekly Bible study in small groups and a monthly larger group worship. 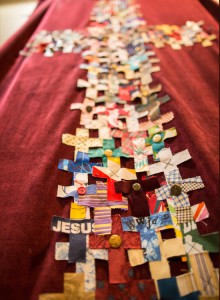 From September 1996 through December 1997, the group maintained this pattern and also participated in outreach activities in the community, such as Prison Fellowship’s Angel Tree Ministry, providing Christmas gifts to needy families, and sponsoring a lecture series.

During the same time, and unknown to the new Little Rock group, a number of priests in the Episcopal Church USA were growing dissatisfied with the direction of their denomination. They believed that direction was in conflict with the first promise they made upon becoming priests” to be loyal to the doctrine, discipline and worship of Christ.” For these priests, the issue was one of being faithful to the gospel.

Out of this ecclesiastical unrest, a movement known as First Promise was born. This movement began in September 1997, with a declaration by these priests of their intention to live with integrity concerning their first ordination vow. Rev. Shuler was one of the convening priests for the First Promise movement, and through that organization, he periodically asked other First Promise priests to travel to Little Rock to lead the monthly worship services for the newly formed group.

By now, the group considered themselves a new church, and they grew. In January 1998, the Rev. Thomas W. Johnston became the first senior pastor and priest for St. Andrew’s Church. The first Sunday morning service was held in September 1998 at Pulaski Heights Presbyterian Church.

Rev. Johnston, an ordained Episcopal priest, was also a convening priest in the First Promise movement. When he moved to Little Rock in 1998, his denomination objected. The hierarchy notified Johnston that he would be brought before an ecclesiastical court and removed as a priest unless he abandoned the church in Little Rock and departed.

During this same timeframe, unbeknownst to Johnston and the new church in Little Rock, leaders in the Anglican Church in Africa had a growing concern that without revival of the Christian faith in the West, the Gospel witness in places like the United States would erode. These African evangelical leaders had prayed and saught God’s direction about how they could join in encouraging revival of the faith in the West.

In the spring of 1998, Bishop John Rucyahana of Rwanda learned of the pressure being placed upon Johnston to leave Little Rock. Bishop Rucyahana told Johnston that he would assume oversight of Johnston and the new church in Little Rock. With that action, St. Andrew’s Church became the first missionary outreach to North America of the Anglican Province of Rwanda and was a foundational part of the creation of the Anglican Mission in the Americas.

Then, years after that small group began to meet for prayer in Little Rock, St. Andrew’s Church served as a network center that oversaw other Anglican churches in the United States, including congregations in Arkansas, California, Texas, Kansas, Louisiana, Mississippi, Alabama and Tennessee.

The divine convergence of a dream by a group of lay people in Little Rock, a call to obedience by faithful priests from around the United States and the missionary zeal of leaders from Rwanda produced the fruit of a new missionary movement in our time.